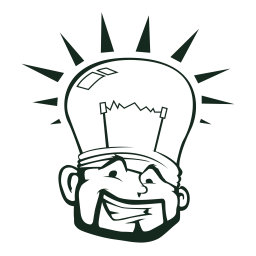 Like all my reviews, this is a down and dirty, no mumbo jumbo review using my real world experience. I’m shaking things up and starting directly with the CONS.

HRM: The HRM isn’t as accurate as my other devices. To validate the HRM I wore the Fitbit, my Mio Link and my Polar FT7 with chest strap. The Fitbit read 57 as my Resting Heart Rate, the Mio and the polar both read it as 51. As a control I hopped onto one of the machines at the gym and grabbed its HRM pads, it read 52 as my resting, off by a few BPM, but not bad. However the disparity widened during my run today. At the height of my run, the FB registered my BPM as 163. The Polar and the Mio both clocked in at 176. That’s 13 BPM and a pretty big difference.

GPS: The GPS takes its dear sweet time to lock, not surprising. Based on the size of the device the antenna is pretty small, and probably a bit weak. It took about 25 seconds for it to lock, but once it did It never lost signal.

Proprietary USB connector: This is one of my biggest pet peeves. It means one more cable to keep track of. One more expense if I lose the original cable. I get it, you want a cool way to connect to your device, but you don’t want a cradle, so you design so goofy little pin style connector that has a weird shape. Bully for you, but I hate it. This thing is large enough that they could have put inductive charging in it. Drop it on a Qi based charging pad and walk away.

Price: At $250 this thing is pretty pricey. I’m not saying it isn’t worth the cost, just that it’s in the same realm as devices from Garmin, and the like that have a lot of the same features, plus do mapping and cadence.

Comfortable: This thing is comfortable. The material that the strap is made from is a polymer of some sort that has a soft and almost silky feel to it. It is easy to grip, yet doesn’t pull on my arm hair (which there is plenty of). It has a traditional hook and loop style clasp and the retainer loop has a “tooth” in it to hold the band. It’s lightweight and once you slip it on it’s pretty much forgotten about.

HRM: OK I can hear you now, “You just listed the HRM in the CONS”. I did, but keep reading Skipper. The HRM is optical. It has 2 pulsing lights that allow it’s sensor to measure your pulse rate on your wrist. No more uncomfortable chest straps (more for the ladies and us fat guys). Being a large guy and pretty hairy guy, I have always hated chest straps. The pull hair, the get pushed down by jiggling fleshy parts and they have trouble getting readings through my overly manly fur. Having the HRM be optical and on your wrist eliminates all that frustration.

Battery: So it came out of the box with 50% battery, throwing caution to the wind I didn’t even charge it, I just set it up and put it on. I turned the HRM to always on, fiddled with the settings and let it do its thing. I even left the cable for it at work. I wore it the rest of the day, all night, and still have it on this morning. It used the GPS while I ran, the HRM is still going and the battery appears to have moved all of about 10%. Not too shabby. They claim it will get 7-10 days of battery life (based on usage of course).

Fitbit Community: Being a fit bit it has all the accoutrements that any of their devices has, including the website, mobile app and fairly rabid fan base. People LOVE their Fitbits . The website shows your recent exercises, weight goals calories burned, calories consumed and water intake. It has areas to challenge your Fitbit friends, log your food intake and what have you. Their food database is nowhere near as expansive as MyFitnessPal, nor does it link with MFP. That is a shame but it is what it is.

GPS accuracy: While the GPS does take a while to get a lock it seems to be fairly accurate.  My phone clocked my run today at 5.36 miles, the Surge clocked it at 5.37. Considering the size of the device I can live with a longer lock time as long as it keeps the lock and is accurate for my runs.

Operation: The Surge is pretty straight forward to operate, three buttons and a touch screen. Most of your work is going to be done using the buttons, while navigation is done using the touch screen. Wake the device up, button. Choose an exercise, scree. Start/stop/pause buttons. View text messages, screen. You get the picture. Without looking at the user guide, it took me less than 2 minutes to have the navigation and operation of this thing down pat.

Screen: The Surge uses a transflective type display with a back light. What does this mean to you? It means the display is readable in direct sunlight and when it’s dark it has a sensor that tells it to turn on the back light so it can be read. This makes the battery life a lot easier to manage as compared to standard always lit lcd /led/olem displays.

Water resistance: this sucker is rated at water resistant to 5 ATM. Which while it sounds all cool and whatnot really just means you can sweat, wash, shower, & run in the rain with it. It is not designed for use as a swimming tracker (needs at least a 10ATM rating for that). You can probably splash around in a 4’ pool with no issues, but diving depth is a no no.

So looking at the Surge as a whole, you can see the PROS, outweigh the CONS. It’s a solid little device with some nice features. It’s a definite step up from your typical glorified pedometer that the rest of the Fitbit family of gear is. The HRM is a bit inaccurate, but not terribly so. The GPS is a bit slow, but it’s accurate once it gets a lock. It’s comfortable, not terrible to look at and has a good battery life. If you can get past the price tag. I think most people will feel it’s a great workout/daily life device worth strapping on their wrists.

Well The surge is still working like a champ. Battery life with my mixed use (GPS 4 days a week for runs) is about 4-5 days per charge. It has survived my circuit shorting sweat and been in the shower pretty much every time I have. I can say that the Surge is Rob Approved.

The newest software update has made this device even better. Improved battery life, mile mark notifications, and general stability improvements. the last update I would like to see is the ability to get email notifications. If it had that it would be the complete package. I still say that the Surge is Rob Approved.