It’s been a while since I wrote anything of any substance, well intrepid readers don’t worry, you’ll find no real substance here. So, you can continue to breathe easy. This is a light post about things I have been up to as of late, nothing too heady, or heavy, just a nice easy jaunt down recent memory lane. Lace up your running shoes, grab your water bottle & let’s hit the road… 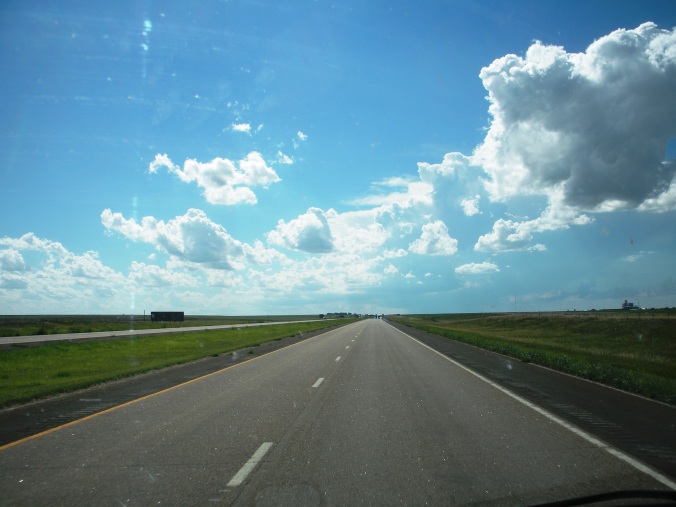 As some of you may know I’m a bit of a workout guy. 4 days a week, 1.5 – 3.0 hours, about 1500 calories per workout, depending on what I’m doing. I have been on a maintenance course lately, just keeping my weight in check and getting more fit. I had ulterior motives though, while not insidious by any means, some people may think them a bit kooky.

I was training for the Warrior Dash (http://warriordash.com) and the Tough Mudder (http://toughmudder.com). If you are unfamiliar they are obstacle course runs. The first being a 5k run with 10+ obstacles to over come to get to the finish line. The second being a 12 mile course with 21+ obstacles standing between you and the finish line. When I tell most people that I do these for fun (and to help raise money for charities) they look at me funny and I know that they are mentally scratching their head and saying “This dude’s cheese must have slid right off his cracker.” while that assessment may or may not be accurate, the fact remains that I do enjoy the grueling punishment that these courses afford me. They push me to do better, run harder, get stronger and generally prove to myself that I am still alive.

I participated in the 2012 Wisconsin Warrior Dash on 8/18. I used it as my primer for the Tough Mudder that I ran on 9/8. It was great. I finished in just over 31 minutes. 36th in my age bracket (out of 600+ runners) and 253rd over all (out of 6510 runners). I also raised over $350 for ST. Jude’s Hospital. The course was great and I was in an early heat so as to avoid the hot mid-day sun. I had set my go to finish in 40 minutes, so I was pleasantly surprised when I found out that I was well below that time. I’m not one for Timed races, as I care more about completing the course than competing on it. which leads us nicely to the next run.

The Tough Mudder, I ran this in the first heat on 9/8. 12 miles of varying terrain littered with many obstacles. Unlike the Dash, this is non timed course that focus more on camaraderie than on time. As fate would have it my cousin, who was supposed to run it with me, was forbidden to do so by his physician. I was a team of one, or so I thought. About 1 mile in I met up with a 34 year old Fireman from Milwaukee named Kevin. His teammate was out as well, due to elbow that got broken in a MMA match. He asked if I wanted to team up and I was happy to do so. He had run the Mudder the year before and was glad to find someone to run it with.

Being 7 years younger than me, a fireman, and a previous runner in the Mudder, meant that I would have to keep up with him, as his pace would no doubt be faster than mine (you do remember me saying I like to be challenged, right?). Well his normal pace was a bit faster than my normal pace, but I stepped it up and kept up with him (except on a couple of hills where he slowed to wait for me.) We ran at about 6.5 mph for the first 5 miles where we happened to meet up with a third guy, and I knew this one. Tom is a guy from my gym whom I have talked to a few times. Here I am just plodding along at about mile 5 when I turn and see him just jogging along as if it’s no big deal; I started talking to him and he gladly joined our twosome. Now a threesome we were like a team, 3 different guys, with different strengths to compliment each other. It turns out the Tom was supposed to be in the 9 am heat, but like me he decided to go early, to beat the heat.

So picture the scene if you can, 2 guys that are younger and in better shape then yours truly, trudging along the mud laden, obstacle filled course with about 7 miles to go. Don’t get me wrong, I’m in OK shape, I run, I lift, & I bike, but these guys are not former fat guys with loads of spare skin flopping around, I looked a bit out of place next to them, but never the less here we were, 3 guys, out to beat this course. As it turned out I was kind of built for this type of thing. I’m tall, fairly strong, and can run for decent amounts of distance without really slowing down. I could grab the tops of the tall walls with just a slight jump, I was tall enough to hop over the smaller barriers with ease, and limber enough to go under the others with little difficulty.

I surprised not only myself but my teammates by being the pace setter at about mile 9. Both Kevin and Tom started to get worn out at that point and I had to take point and keep them motivated. That was easy, seeing the old man of the group plodding along at the same pace he had from the get go, does wonders to get younger guys going.

I was in my zone, the place I go when I exercise, be it biking, hiking, or running. I get into a mental state where I have a sort of tunnel vision, all I see is my end point and I focus on that. I was there; running through smoke and fire; the zone; Climbing up an incline and jumping off a 27 foot tall platform into water; the zone; running up a steep hill, then dropping down a sheer dirt cliff; the zone; running through the muddy forest area, and dodging barbed wire; the zone; swimming through water and getting shocked by up to 10000 v of electricity yep, the zone. At one point Kevin turned to Tom and said, “this guy is like a machine, he just keeps right on going without stopping”. It’s funny the guys I go hiking with have said the same thing. It’s the zone and it is my secret weapon to conquering the course.

Even though the Tough Mudder isn’t timed, I started my HRM when I crossed the starting line and stopped it when I crossed through the “Electroshock Therapy” obstacle. Yeah you read that right 2 obstacle both involving water and electricity. The first one was called the Electric Eel, where you crawl and swim through water with live wires danging down so that you cannot avoid them. ZAP! ZAP! ZAP! I got one to the forehead in the eel that made everything go black for a second. You want motivation, getting shocked will motivate you to move your arse faster. The second electric obstacle is the very last one on the course, no crawling this time, you’re running through an archway laden with over 1000 wires. Random wires have a live charge and will zap the unlucky. I got 3 zaps running through; more motivation. In total I clocked in at 01:58:02 from start to finish. Not too shabby for a guy who less than 2 years ago only ran to kitchen to get a snack.

So Rob, having run the Dash and the Mudder what are you going to do now? I’m going to Disney Land!
Well not really. I went to Kentucky, for a few days of hiking in the Red River Gorge Geological Area of the Daniel Boone National Forest. I hiked a lot, I took a lot of pictures, and generally relaxed for 4 days in one of the most scenic places I have been. Want to see my pictures? There are over 300 of them, most of trees and rocks and other nature stuff… 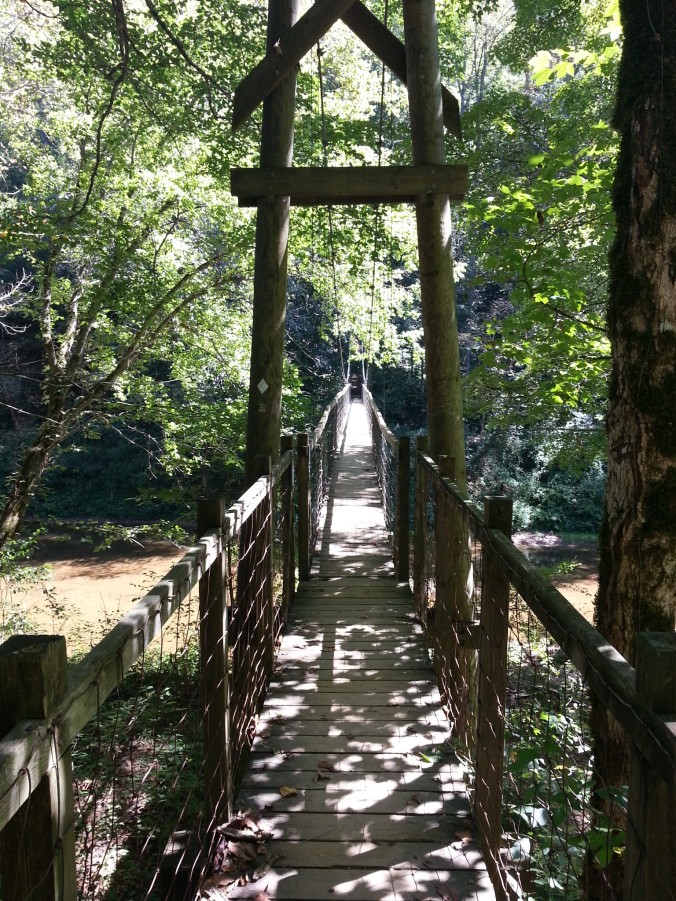 If you ever get the chance go to the Red River Gorge and the Natural Bridge Parks in Kentucky. I was once again awed by the beauty and power of the world around me. Nothing can make you feel small quite like seeing the enormity of the world we live in up close.

Now I have had to return to the real world, where there are project, deadlines, and problems to be fixed. It’s amazing how much can pile up in a 6 day absence from work. I have servers to repair, new switches to put in place and a 24TB Equalogic ISCSI SAN to implement as well finishing up the office remodel that I am overseeing. I keep the memory of my recent obstacle course in my head along with the pictures of my visit to KY. Filed away to remind me that there are better things waiting for us, just beyond the doors and walls of home and office.

I have about a year to get ready for the next Tough Mudder, Spartan Beast, or maybe the Zombie Run. Who knows what lies around the next corner, just waiting for me, you, hell all of us, to grab hold of and run with. Adventure waits for us, and will always be there when we are ready for it.

Update If anyone would like to see me get zapped in the Electroshock Therapy obstacle at the end of the 2012 ToughMudder, here you go: http://www.youtube.com/watch?v=5MqJneBi_kk&feature=youtu.be