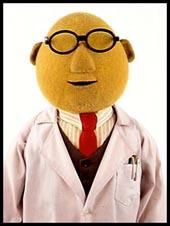 So in case you hadn’t picked up on this already I’m a tech guy. I like to play with gadgets, thing-a-mabobs, and doohickeys of all shapes, sizes, and creeds. I like to dip my technological toes in many different waters. Until recently though I had shied away from Apple products, not because of a hatred for them, as some people may believe, but mainly because of price. I have always (and still do) think that Apple products are over priced for what they are. I cannot deny that Apple makes beautiful products. They have some of the best industrial design I have ever seen, but the look of a device has always played second fiddle in my book, however I digress so let me get back on track. I recently found myself in possession of not 1 but 2 Apple products. For Christmas my boss gave my a shiny new 64GB iPhone 4s for Verizon, and then later that same week told me to order myself a pimped out Macbook Pro laptop. So who am I to argue; the boss wants me to have a an iPhone (because he has one and needs someone to help him out on occasion) and a Mac laptop to support the pool of users here who have those as their main PC; yes the Mac is a PC because PC stands for Personal Computer. To that end, this article will be about my experience thus far with both of these devices. I will try to keep it brief and do a simple Pro vs Con type of review of both. Ready for it? Good Here we go.

This is a gorgeous piece of industrial design, suitable for display in a gallery or museum. It is a solid little brick of a phone with good heft and hand feel. It has a simple look and clean lines that the minimalist in me finds appealing. The display is glossy and a and the face and back are composed entirely of glass, but you should know all this stuff, so I’ll get into my pros and cons lists.

OK I have listed my likes and grievances for the iPhone 4s. Now let’s move on to the Macbook pro.

To give you a little context here are the specs for my MBP:

I know that there are different camps when it comes to the way to run Windows on a Mac. Some people like running it as a virtual machine and others like the Bootcamp option. I am the latter, not the former. Running Windows in a virtual machine is fine for most things, but I intend to use this machine as my one and only machine. That means I will be doing some gaming on it under Windows, so a virtual machine is out because I want true hardware acceleration for that. If all you are going to do under windows is run productivity apps for work, then yes a VM is the way to do it.

So here we are I have a spiffy MBP boot-camped and loaded up Windows 7, which will be what I use it for mainly. I can hear the groans and lamentations of the Apple fans out there. Sorry but I don’t care for the OS X interface, or the fact that most of my programs don’t have a Mac version. I live in a mainly Windows world, I work in a mainly Windows world.  With that in mind I will present my Pros and Cons lists and will designate which are for Windows or OS X explicitly.

So that’s my take on the Macbook Pro.

What have we learned here today? Well you learned that despite what people my say I do not hate Apple products, though I have my own list of issues with them.  The iPhone is not the be all end all that the hype machines would have you believe but it by no means a phone that should overlooked in your quest for a device you like. It is a solid device and for a great number of people it would be a perfect fit. Is it the ultimate in devices?  In my opinion, no. It has it’s pluses and it’s minuses; overall I’d say it’s a mediocre device. and while it may be perfectly fine for a large number of people it is not for me. In fact I will be getting a new phone when my contract comes due in March.

We also learned that I like the Macbook Pro. It is a decent machine. It performs well as a Windows rig. In fact After doing some bechmarking (cinebench and geek desk) it actually performs better as a Windows rig then it does as an OS X rig. It scored lower than my 18 month old Envy 17 but not by much. Given that I can run both OS X and Windows on it without some convoluted hacking solution  it is a great device for my need to support both operating systems. There are are some oversights that I would like to see corrected but I know that won’t be so I will have to suck it up and cope.  I still think it the MBP was overpriced for what it is, but the fact that I can use it to support all my users makes the premium something I can overlook. Like I said earlier OS X is not my cup of tea, but I can see it’s appeal. It’s simplistic feel and cheery vibe is great for a whole demographic of non-techy people out there. Overall I’d give the Macbook pro an B+/A-. It’s a decent all around machine.

There you have it.